With the horror that is the recent spate of anti-abortion/forced-pregnancy laws, we are seeing a lot of talk about Jane. Heather Booth created the referral service in 1965 while a student at the University of Chicago. When the sister of a friend needed an abortion Booth used her activist network to locate a doctor who would provide safe, illegal abortions. Over the years word of Jane spread and Booth eventually recruited other Chicago area feminists to take over the project. From 1969 until Roe was decided in 1973, members directly provided over 11,000 abortions.

They weren’t the only feminists of the time who sought to give women an alternative to unwanted pregnancies or unsafe back alley abortions, however. California Feminism is an crucial part of this story.

In 1961 San Francisco activist Pat Maginnis formed Society for Humane Abortion. Throughout its life this organization facilitated challenging anti-abortion laws and provided women with information, resources, and referrals. Maginnis offered workshops in which she educated participants on the history of abortion care, including known methods of terminating pregnancies. She published this information in The Abortion Handbook in 1968. Maginnis paired this grassroots activism with direct challenges to California abortion laws and compiling an extensive list of safe abortion providers outside of the United States. By the end of the decade she and her sister activists sent at least 12,000 women to these international providers. Maginnis has only recently begun to be recognized for this work.

In Southern California, Carol Downer and Lorraine Rothman began a self-help group to help women gain better understanding of their bodies. At their first meeting in 1971 Downer demonstrated a self-exam using a speculum and flashlight. Rothman soon developed the Del-Em which provided a safe means of menstrual extraction. While the kit could be used to regulate menstruation, it was also a way to terminate early pregnancies. Downer and Rothman toured the country training women’s groups in their methods. Traveling with their supplies in boxes marked “toys,” they avoided legal trouble on the road. As founders of the Feminist Women’s Health Center in Los Angeles, however, they faced arrest and a number of charges related to practicing medicine without a license shortly before Roe. 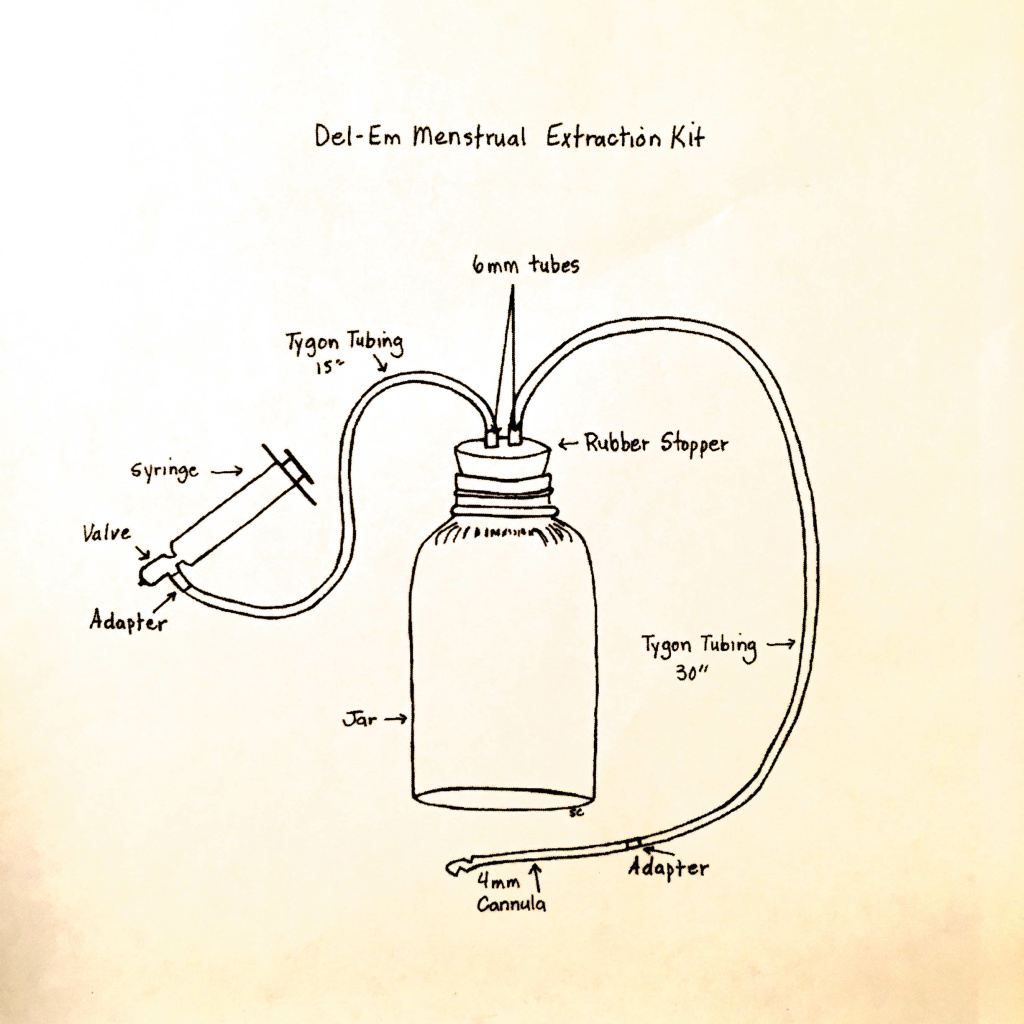 At this moment we do not know the fate of the laws whipping through the South and Midwest. It is likely that legal challenges will delay effect. Of course, legal challenges are part of the purpose of such laws. They are a coordinated effort to force the Supreme Court to return to the issue of abortion and overturn Roe. Experts in the field of abortion activism believe this is a likely outcome, though exactly what this will look like is unclear.

Activists are simultaneously working to prevent a post-Roe America and preparing for it. Guidelines for circumventing the law are floating about on social media. And not surprisingly, abortion care advocates are discussing what a Jane looks like in the 21st century. There are new tools (medical abortion) and new dangers (the surveillance state). It is a terrifying time in which we need to arm ourselves with as much information as possible while we fight like hell to protect legal abortion. This includes the history of resistance and what it tells us about the path forward. The groups mentioned above shared the goal of safe, legal abortions but disagreed as to methodology. Most notably, Jane worked to practice in secrecy while the California activists provoked public attention and the consequent legal battles. Should the worst come, there will a place (and a need) for all of us, each contributing in the ways we are best suited.

The History
Rebecca Kluchin’s “‘Pregnant? Need Help? Call Jane’: Service as Radical Action in the Abortion Underground in Chicago” tells the story of Jane and includes information on Maginnis. It is published in Breaking the Wave: Women, Their Organizations, and Feminism, 1945-1985.

The Chicago Women’s Liberation Union has an online archive about Jane.

There is less published information on the California activists. Wendy Kline, in Bodies of Knowledge: Sexuality, Reproduction, and Women’s Health in the Second Wave, details the relationship between Jane and the Feminist Women’s Health Center.

Feminist Women’s Health Centers are still with us today; more information on them can be found here.

Today’s Activism
The most extensive guide to the current political climate is Handbook for a Post-Roe America. The online companion is full of up-to-date resources (if you want information on how to get involved or where to donate, go here).

There are also activists training in self-managed abortion.